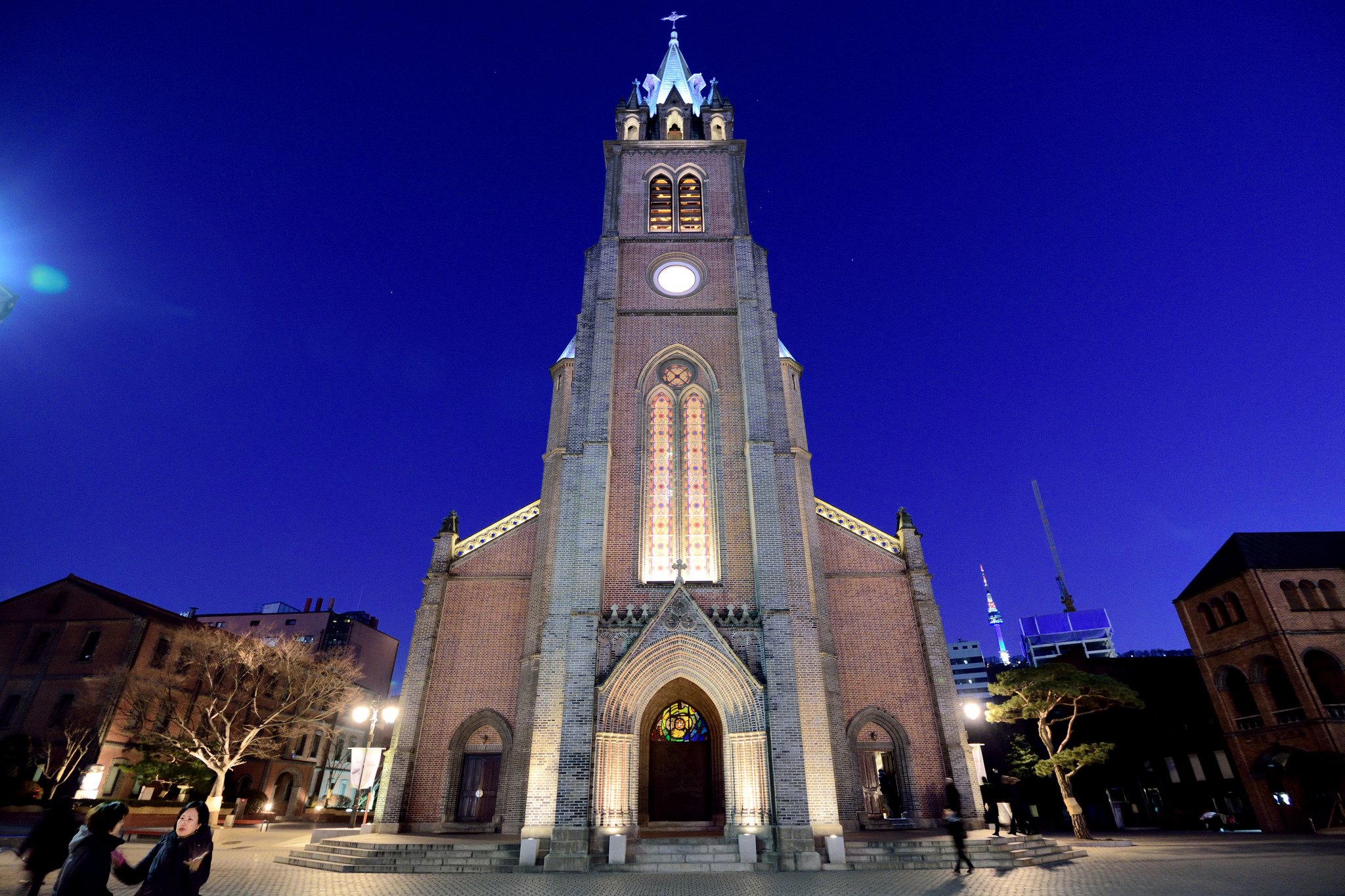 Myeong-dong Cathedral, situated in the heart of downtown Seoul,

become a symbol of the presence of the Catholic Church in Korea.

In 1784, the first faith community in Korea gathered in this place

which was then known as Myeong-Nae-Bang.

In 1894, Father Coste began planning for the construction of the church,

Immaculate Conception as its patron. In 1900 the relics of the martyrs who

Yong-San seminary to the crypt in Myeong-dong Cathedral.

was appointed pastor of Myeong-dong, and the first Korean Bishop Rho Ki-Nam

was raised to the episcopate there. On Liberation Day, 1945,

the name of the Cathedral was changed from Chong-Hyen to Myeong-dong.

of human rights. Currently, Myeong-dong Cathedral continues to reach out to the global

community with prayer and missionary work. Myeong-dong Cathedral is the first brick church

in Korea built in the Gothic style. Designated historic spot No. 258, the Myeong-dong Church

has significant historical value embedded in its architecture. The floor plan of the church is Latin

cross with a center and two side aisles, and the roof of the church is 23 meters in height.

The bell tower is 45 meters tall. The architecture retains the pure Gothic style without adornments. 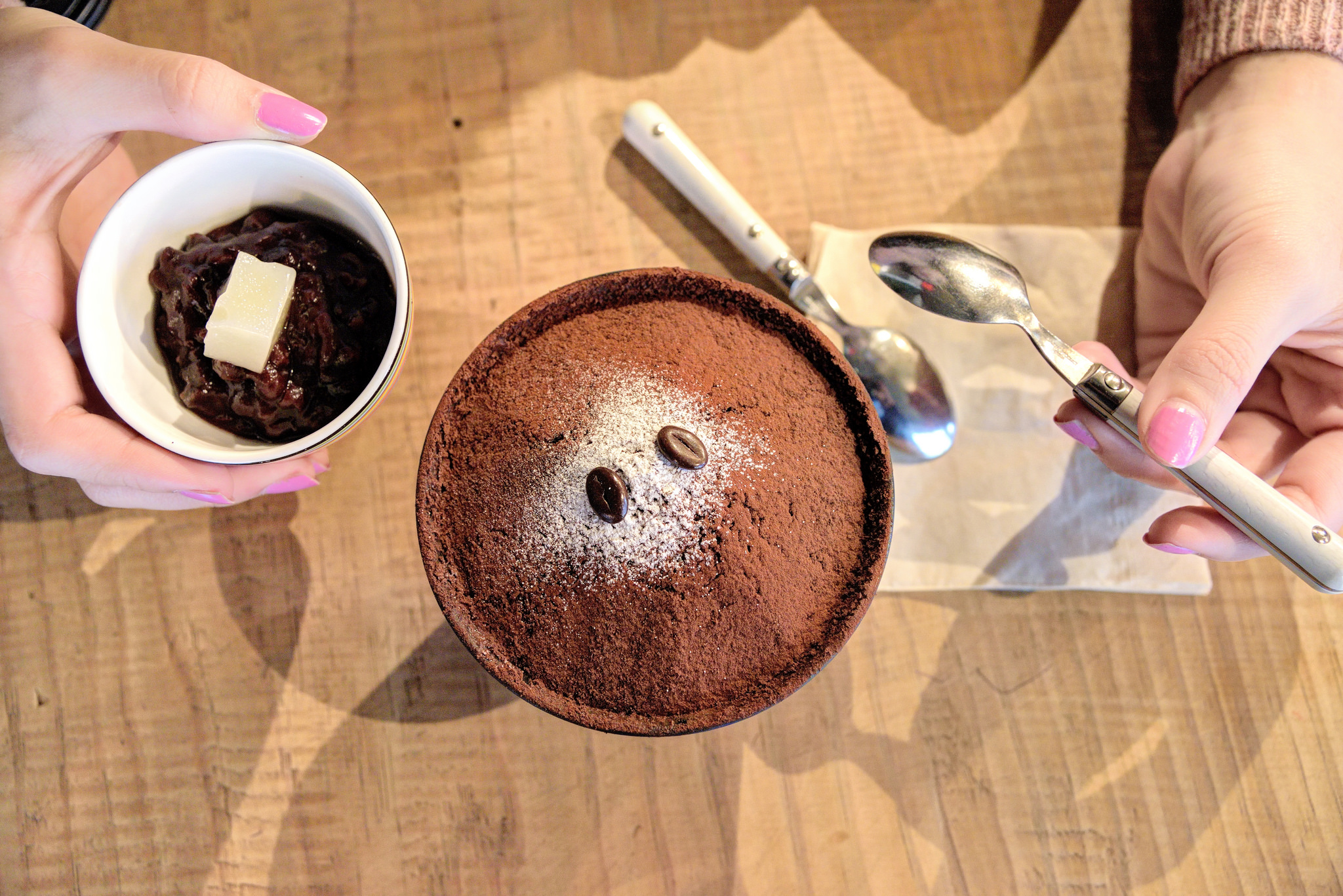 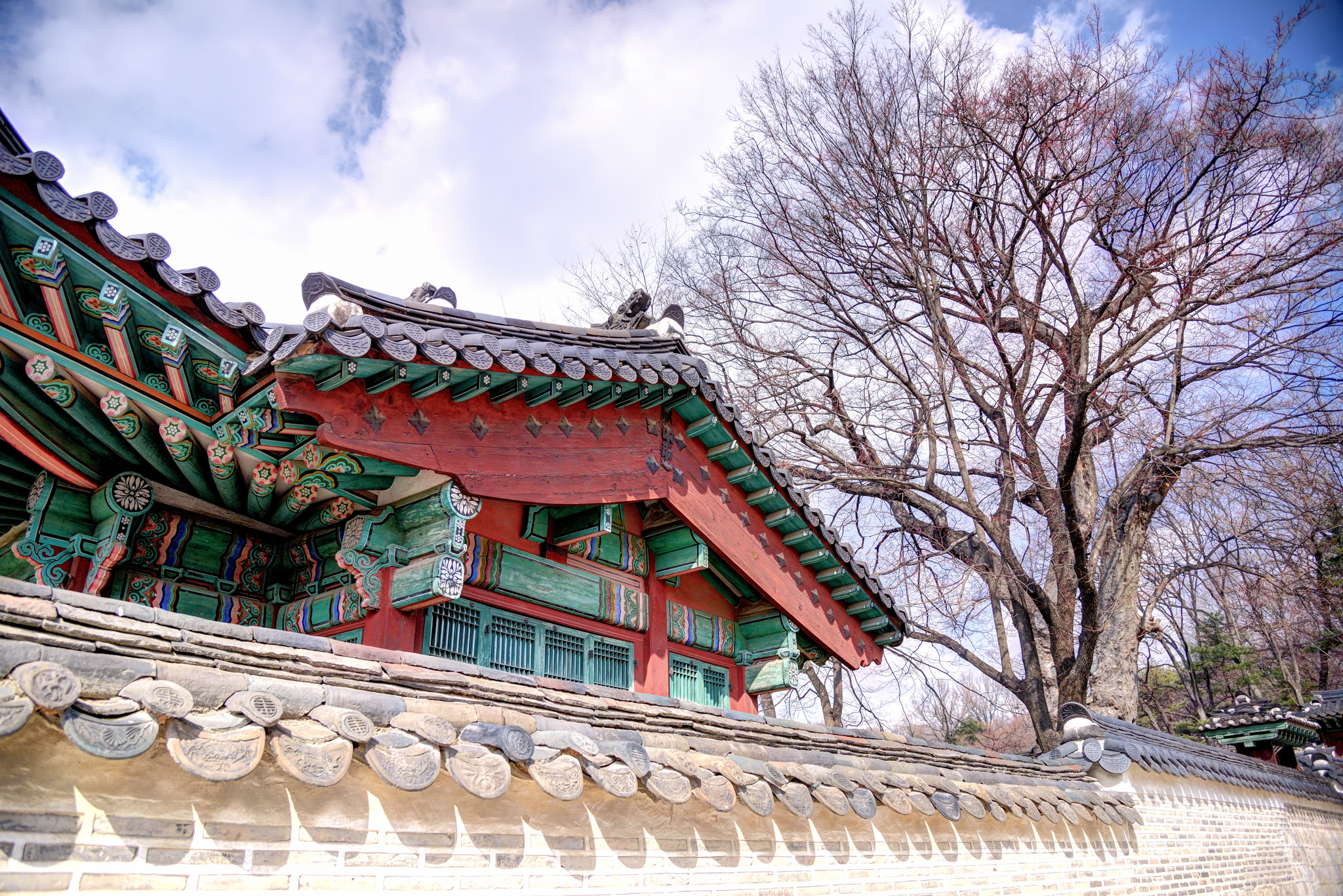